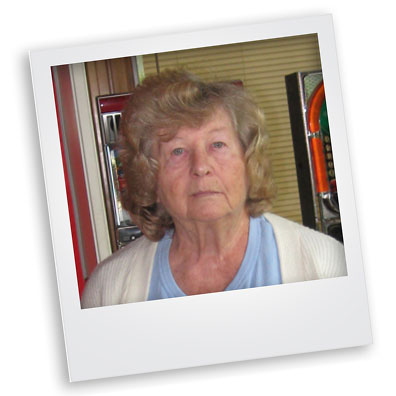 Shirley Beaumont never used to worry much about paying her utility bills.

That was before her husband, Russell, of almost 50 years died six years ago. Back when the retired couple was receiving both of their social security checks, as well as his pension from Indiana Bell, they could live reasonably comfortably in the home they'd bought in November 1960.

But these days, with just Shirley's fixed income from social security paying the bills, there's less of a cushion for unexpected expenses. Last winter, Shirley faced rising expenses that would be a problem even for a wealthier person when the cost of heating her home just west of Bloomington skyrocketed. In an all-electric house, she received an electric bill of $345 one month and $430 the next. She was still reeling from those bills when the next month's bill arrived - $745.

Beaumont quickly did what she could to reduce her heating bills. A grandmother with three daughters and one son living in the area, she got their help in putting plastic over her windows and closing off a room at one end of the house. Her family also helped with her heating expenses, just as Shirley still helps them in other ways. One daughter, Rhea Kutche, lives at Shirley's house some of the time as Rhea recovers from bone cancer.

Shirley hopes the biggest help with her utility bills, though, will come from the South Central Community Action Program providing energy efficiency improvements to her home this month. Shirley was identified as having high bills by her electric company and was referred to SCCAP's Weatherization Program.

SCCAP Weatherization Auditor Terry Crowe came to Shirley's home to do an energy audit has determined the most effective ways to cut her energy use while also making the more than 100-year-old home more comfortable in the winter. Using a visual inspection and sophisticated equipment to locate and measure energy loss, Crowe found areas where the home's heat is escaping during the winter. A ceiling in one bedroom, for instance, has a hole that's about eight feet by eight feet that has been concealed by a false or dropped ceiling. There are similar holes, allowing heat to escape into the attic, over a stairwell and in a bedroom closet.

"I can't imagine how cold this closet is in the winter," Crowe said. "We're going to make a big difference in this house."

As Terry inspected the home using a blower door and an infrared camera, Shirley said she's thrilled at the improvements to be made.

"I'm just so grateful," she said. "I really didn't know what I was going to do."

South Central Community Action Program can't do it alone; we rely on countless people like you who envision a better, more prosperous community where families can thrive - because it's the little contributions that make the big impact on our success. Your contribution to the South Central Community Action Program will help strengthen our community by helping individuals and families who need help the most.

Besides making a direct monetary donation, there are other ways you can financially support our efforts! South Central Community Action Program is available as a beneficiary through AmazonSmile and Kroger community rewards. If you shop at either Amazon.com or at Kroger grocery stores, you can connect your customer account to SCCAP, and every time you shop, those companies will donate to our agency at no extra cost to you!