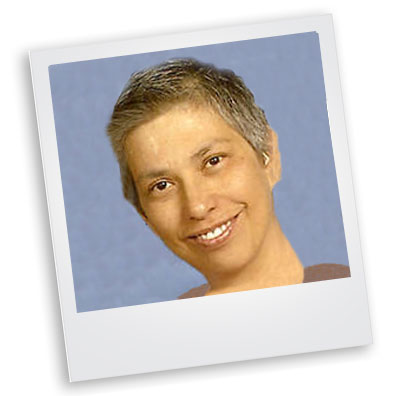 I want to share a sad, but touching story about the family that lives in the first home that SCCAP’s Weatherization Program has completed with Recovery Act funds.

SCCAP finished the energy efficiency improvements on this home early last week. Because it was the first of about 150 that we will be weatherizing with close to $900,000 in Recovery Act funds, I decided to go to the home to get some pictures and talk with the homeowner for a story on this blog.

When I arrived, the homeowner, Peter Elliott, happened to be standing outside his home just blocks from the SCCAP office. He told me that he’d be glad to share his experiences with having his home weatherized, but that it wasn’t the best day to go inside and do that because his wife was expected to die that day.

I’m telling you this story today because we just learned from a death notice on HeraldTimesOnline.com that Peter’s wife, Eva Elliott, died last Thursday, a day after I’d met him.

After explaining that Eva was not expected to make it much longer, Peter talked about what his family has been through in recent years. Eva’s health problems began seven years ago while she was in California helping to take care of her mother who had cancer. While she was there, she became sick and eventually found out that she had Hepatitis C, apparently contracted from a blood transfusion during a gall bladder operation years earlier.

Eva went through years of testing and experimental procedures in an effort to save or prolong her life. In 2003, her son, Nick Cole, saved her life by donating 60 percent of his liver to her in a rare liver transplant operation.

One remarkable thing about her impending death, Peter said, was that since January Eva had been telling people that the Lord would take her home just after her 50th birthday, and she had celebrated that birthday just a few days earlier.

With her illness and treatments – some of them in other states – Eva hasn’t always been able to live at home. During that time, Peter has become the caretaker for their 6-1/2 year old grandson who attends Fairview Elementary.

That isn’t easy for Peter because he is disabled, having twice had his spine broken in accidents. The first time happened in a car accident caused by another driver. The second time came when Peter saved a co-worker who had some heavy equipment fall on him. Peter managed to hold the equipment up until the coworker could free his legs, but then the weight caused Peter to flip over and his spine snapped in the same spot it had been broken the first time. For a while, Peter used a wheelchair, but now he’s able to walk with the help of arm braces.

In talking about the challenges his family has faced, Peter spoke not of bitterness or despair, but instead about his deep gratitude and appreciation for their blessings. He's grateful that Eva was able to make it out of the hospital and get home to spend her final days with her husband and grandson. He’s also grateful for the excellent support Eva received through the hospice program at Bloomington Hospital, and most of all, that after all of the sickness, she’d be in a far better place after she died.

And Peter is grateful that SCCAP was able to weatherize his home, including replacing a furnace that he tried all last winter to have fixed, but couldn’t find anyone who could fix it. He praised Weatherization Auditor Jason Hickman for his technical expertise and his sensitivity in working quietly as Eva rested in one of the home’s bedrooms.

“There was no way that I could afford a new furnace,” Peter said. “This was God helping me get ready to take care of my grandson this winter.

South Central Community Action Program can't do it alone; we rely on countless people like you who envision a better, more prosperous community where families can thrive - because it's the little contributions that make the big impact on our success. Your contribution to the South Central Community Action Program will help strengthen our community by helping individuals and families who need help the most.

Besides making a direct monetary donation, there are other ways you can financially support our efforts! South Central Community Action Program is available as a beneficiary through AmazonSmile and Kroger community rewards. If you shop at either Amazon.com or at Kroger grocery stores, you can connect your customer account to SCCAP, and every time you shop, those companies will donate to our agency at no extra cost to you!